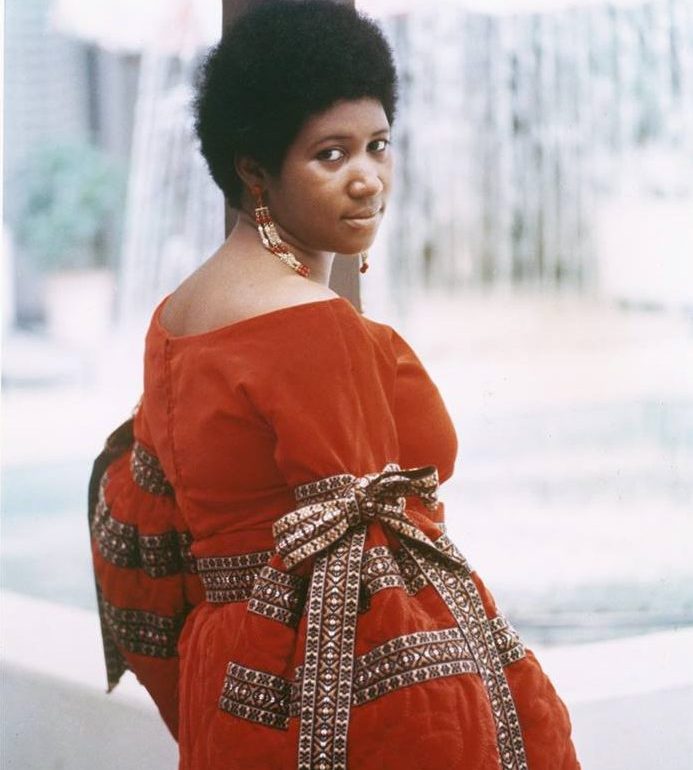 The loss of @ArethaFranklin is a blow for everybody who loves real music: Music from the heart, the soul and the Church. Her voice was unique, her piano playing underrated – she was one of my favourite pianists. pic.twitter.com/ug5oZYywAz

I was fortunate enough to spend time with her and witness her last performance – a benefit for @ejaf at St John The Divine Cathedral. She was obviously unwell, and I wasn’t sure she could perform. But Aretha did and she raised the roof.

She sang and played magnificently, and we all wept. We were witnessing the greatest soul artist of all time. I adored her and worshipped her talent. God bless her. My condolences to all her family and friends. We shared the same birthday – and that meant so much to me.

“Aretha was the quintessential Queen of Soul. She moved with immense grace through many genres: Pop, Rock, R&B, and Gospel. One of our greatest icons – she will be sadly missed.” – Steve pic.twitter.com/5eNa9ifWZy

My heart ? is broken with the loss of my Queen, my Mentor, my True Friend ?
I will always cherish our moments together and LOVE YOU FOREVER. My heartfelt condolences to your family #ArethaFranklin #SoulSister #QueenofSoul ? pic.twitter.com/NB2UD7OhSI

Aretha Franklin QUEEN of Soul, voice of a generation, one of a kind,took no crap+she didn’t fly, she wore fur 2 an inauguration & dared someone2 say something,she is now in the pantheon of Gods greats,in the busom of family. She was my friend,condolences 2her family&2 us all pic.twitter.com/ax6h48S27g

rest in power Queen ? your legacy will never be forgotten ?? pic.twitter.com/NOQy7E2CdY

Let’s all take a moment to give thanks for the beautiful life of Aretha Franklin, the Queen of our souls, who inspired us all for many many years. She will be missed but the memory of her greatness as a musician and a fine human being will live with us forever. Love Paul pic.twitter.com/jW4Gpwfdts

What a life. What a legacy!
So much love, respect and gratitude.
R.I.P. @ArethaFranklin https://t.co/400K1U5IHI

Watching Aretha Franklin perform at the White House, and on so many other occasions, made time stand still. @BarackObama and I are holding Aretha’s family in our hearts right now. She will forever be our Queen of Soul. pic.twitter.com/NhHsbKijpl

Aretha helped define the American experience. In her voice, we could feel our history, all of it and in every shade—our power and our pain, our darkness and our light, our quest for redemption and our hard-won respect. May the Queen of Soul rest in eternal peace. pic.twitter.com/bfASqKlLc5

Just listen to the Amazing Grace Recordings for the next few days.

An unbelievable woman and voice. It was an honor to meet and perform with the Queen of Soul. RIP Aretha Franklin ❤️?https://t.co/BQBtdPuoZO

One of my GREATEST inspirations! The songs she gave us made us stronger and prouder. She empowered us!! We get to be inspired by her forever and now I’m going to write more songs in her honor ??‍♀? ?? Thank you to the Queen, there are really no words! We love you forever!! pic.twitter.com/kHBoJQQf85

As the One and Only ‘Queen of Soul’ Aretha Franklin was simply peerless. She has reigned supreme. and will always be held in the highest firmament of stars as the most exceptional vocalist, performer and recording artist the world has ever been privilege… https://t.co/7DH7TIP3Nl pic.twitter.com/HfQh7kLM4o

I’m one of the lucky ones to have seen Aretha perform in the very beginning of her career. She was amazing then and just became greater through the years. Talk about R.E.S.P.E.C.T., we have it for you, Aretha. You will never be forgotten.

Rest In Peace, Aretha ?? You will forever be in our hearts… The Queen Of Soul, “A Natural Woman”!@ArethaFranklin #arethafranklin #larkinpoe #naturalwoman pic.twitter.com/U6t9g9xNdc

Nakhane – You Will Not Die

Zeen is a next generation WordPress theme. It’s powerful, beautifully designed and comes with everything you need to engage your visitors and increase conversions.